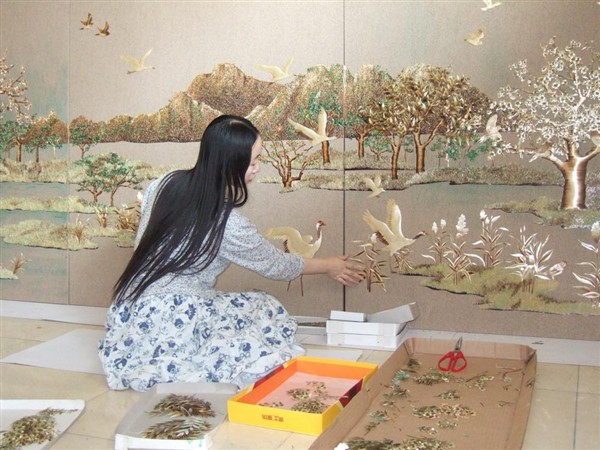 Born in Henan China Mrs. Chang Ai-Ying, was drawn to art as a child.   In 1992, she began working principally with wheat straw.   She  dyes and burnishes her straw or incorporates straw with painted backgrounds. She blends the essence of Chinese traditional cultures, her Buddhist beliefs  and  modern individualized designs to give an old art form a new look.   She has earned multiple awards.  She has  also trained  many students in straw painting and its various techniques.  (Straw painting and straw patchwork are interchangeable in meaning). She tells The Straw Shop her dyes are made from natural materials rather than commercial dyes.

In 2008, she co-created the world’s largest wheat straw mural as deemed by the World Record Association.    Along with fellow straw artisan, Huang Wen’an, over a two year period,  the two created “Harmony of the World” ; a 98 foot long, 5 foot wide straw mural consisting of 25 panels. 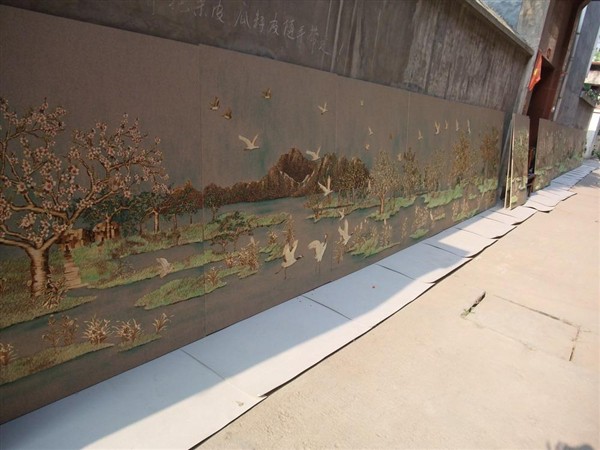 Her straw paintings are sought after and collected.  Her work is visually dimensional with incorporated subtle masterful techniques. 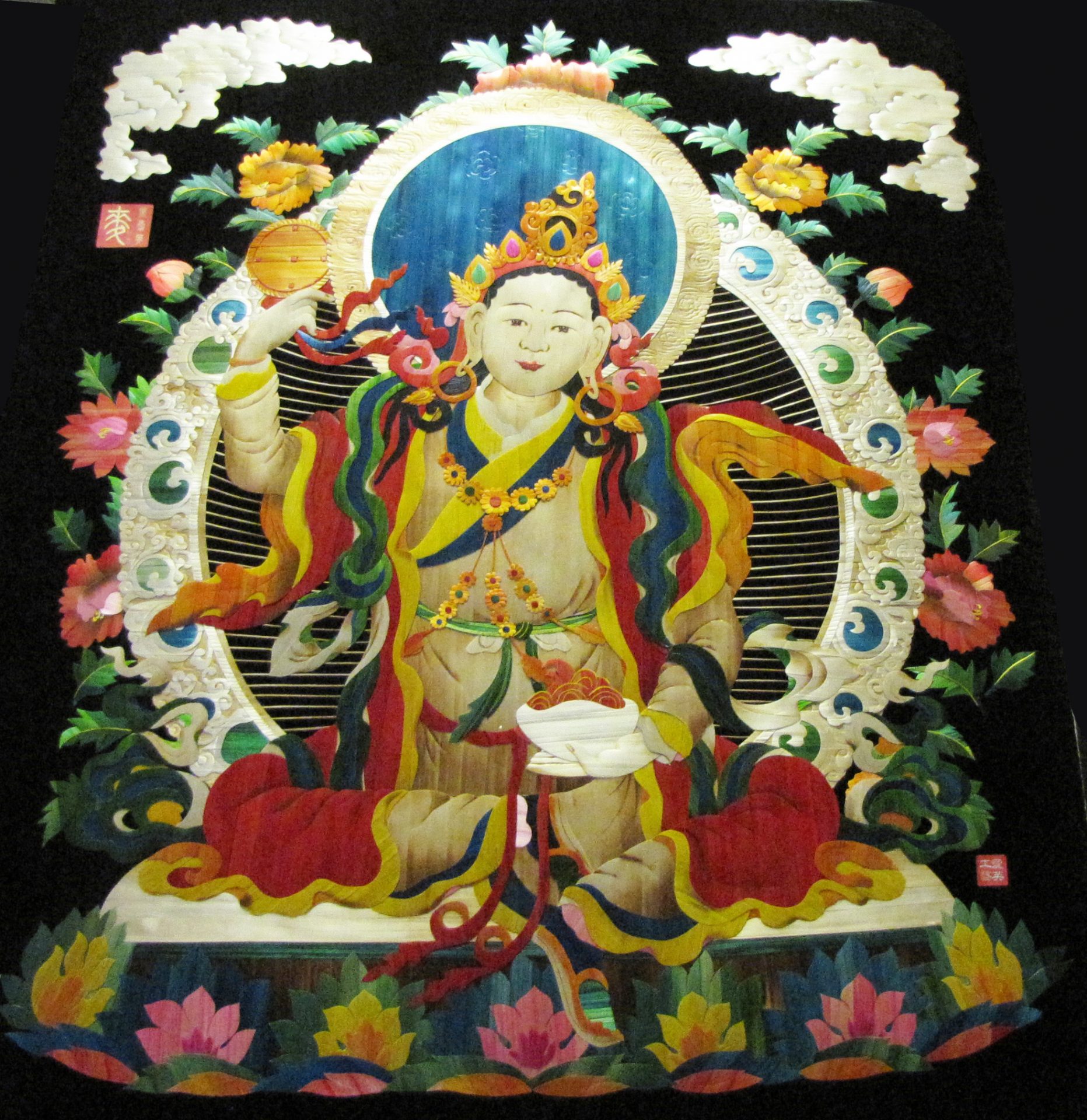 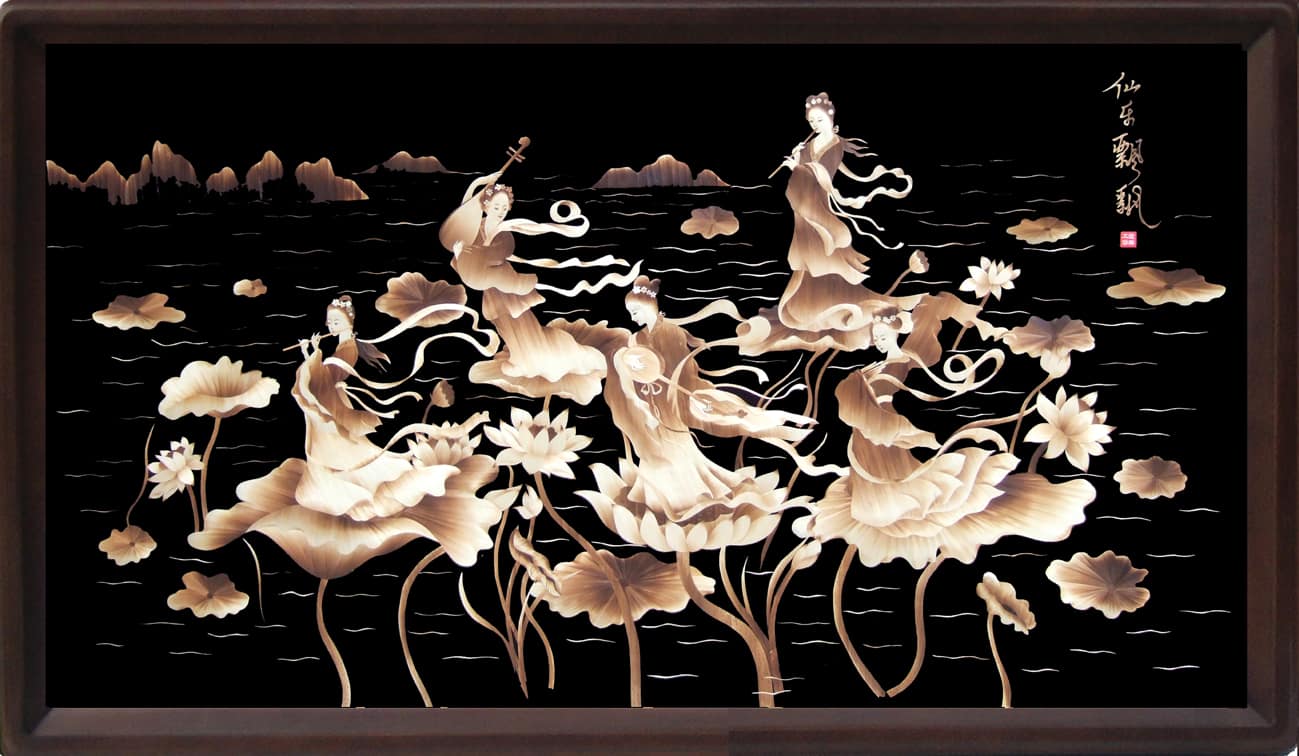 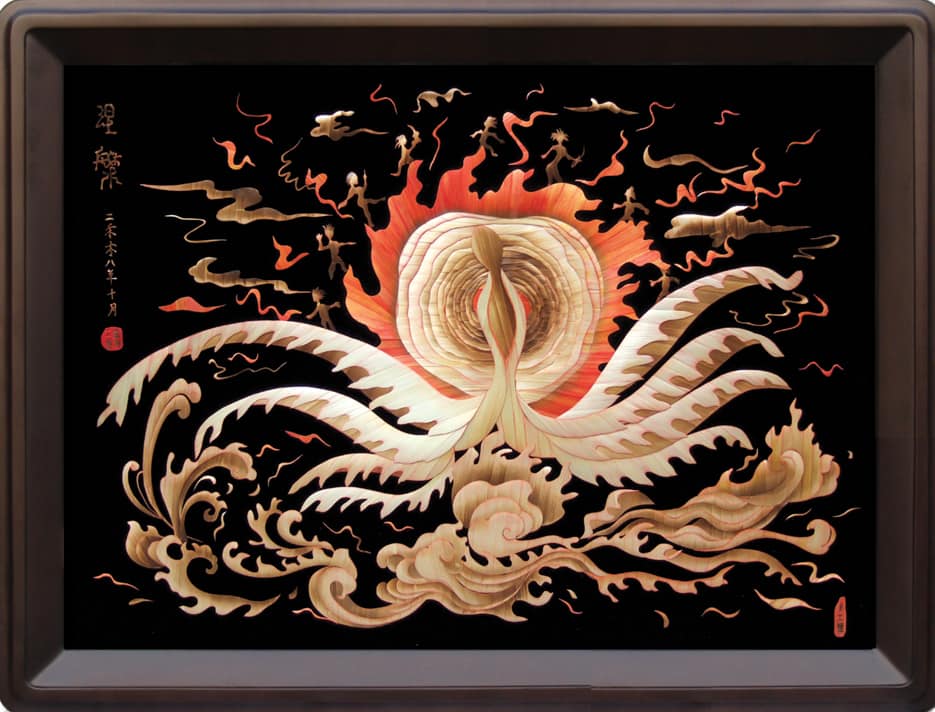 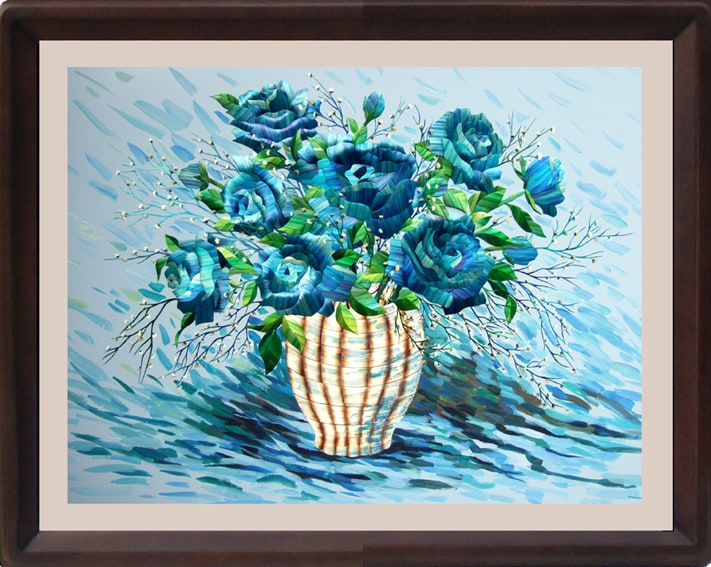 I had the pleasure of meeting Mrs. Chang in 2019. Her use of pyrography in her detailed straw work is artistically thoughtful.  I also learned currently she has a straw art school with 200 people learning straw art from her.