Imagine the task.  24 wooden blocks.  All sides covered with straw marquetry.  More than 100 custom colors were created by her for a  two year project encompassing more than 1500 hours. 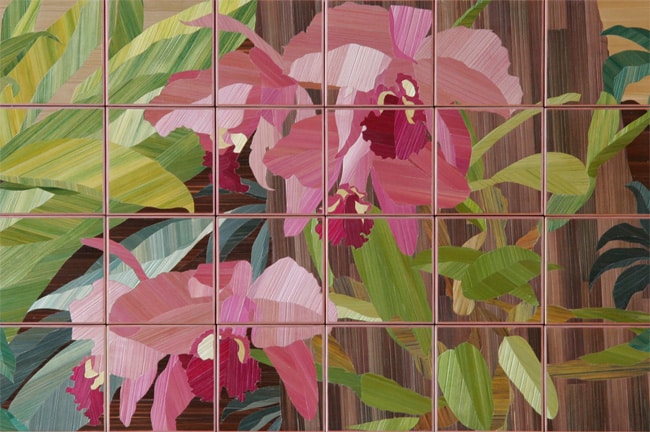 Turn all the blocks to the right and now the group looks like this:

Once again the blocks are turned to reveal a side with an  incised alphabet:

Another side of the blocks reveal: 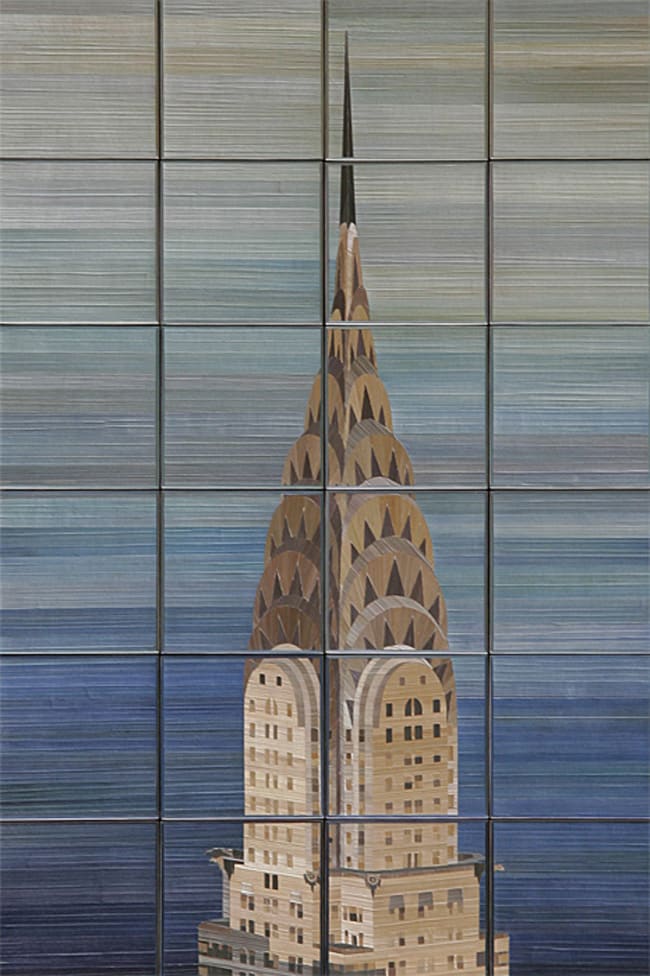 The fifth side of the blocks reveal: 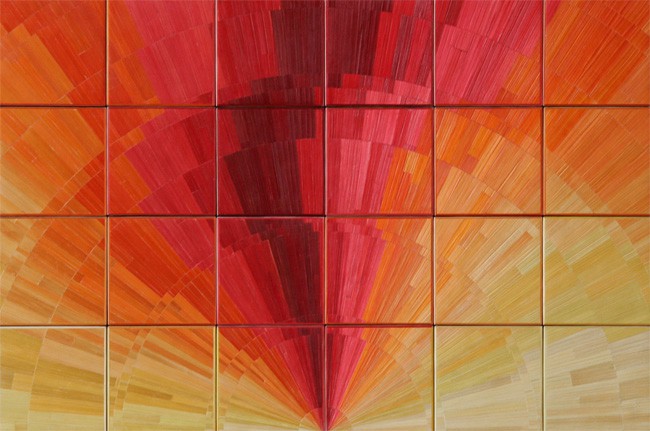 The sixth side shows the edges in orange squares : 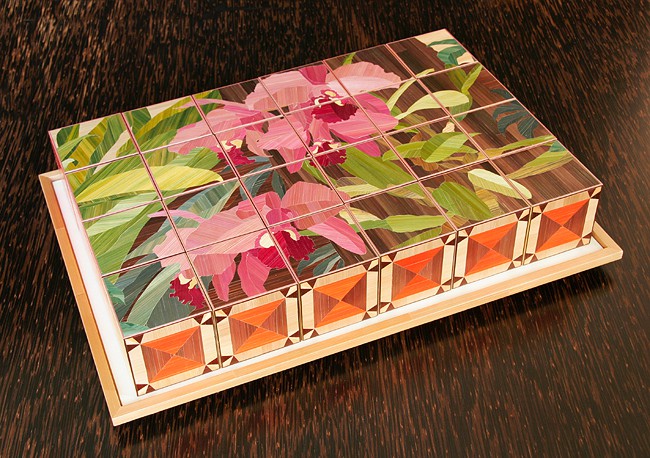 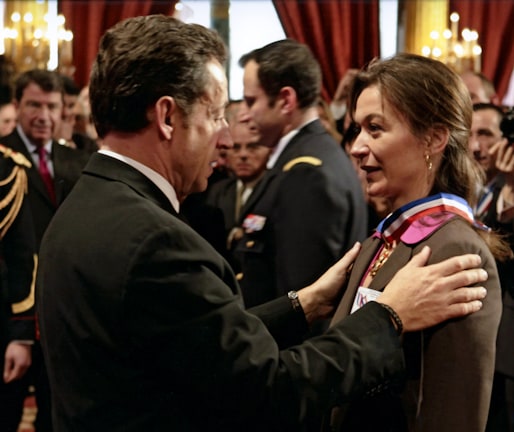 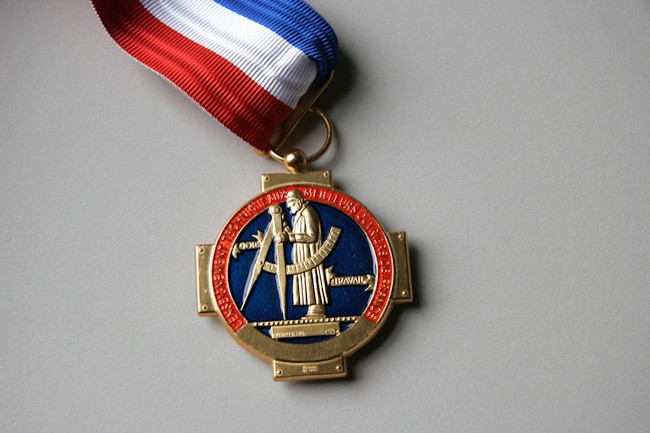 The award presented to her by President Sarkozy: 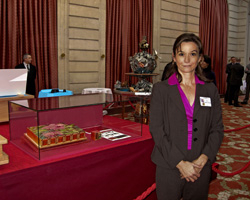 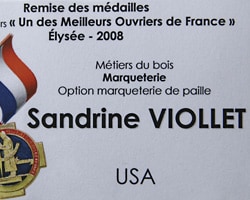 A stunning achievement for anyone.