In 1991, familiar with the various types of materials furniture designers use,  at her husband’s  suggestion she investigated the straw marquetry technique. She was amazed at the furniture, boxes and wall treatments she soon discovered.   After buying tools and straw she experimented and experimented, beginning with linear designs. 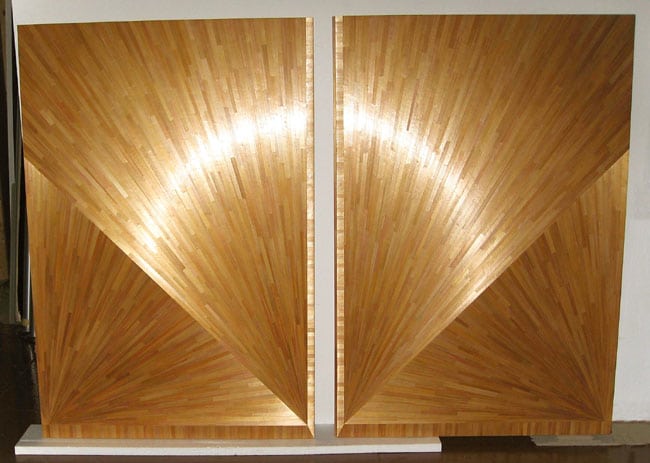 Sandrine also experimented with the cereal plants of  wheat, rye and oat straw and learned their different attributes when applied to marquetry technique.  Self taught, by trial and error, Sandrine continued on to  geometric designs. 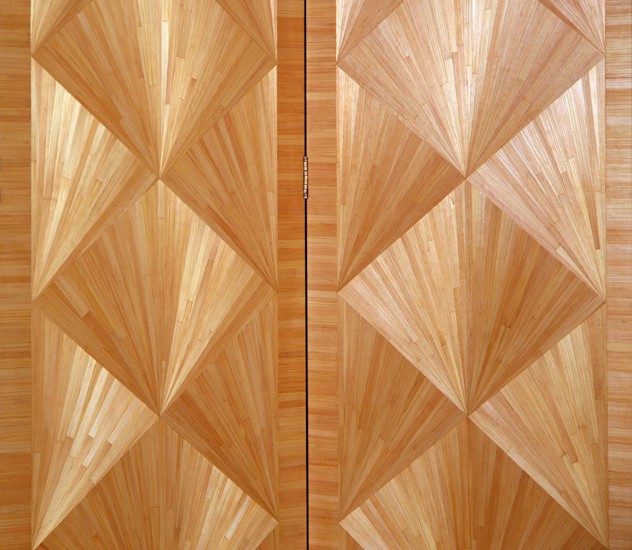 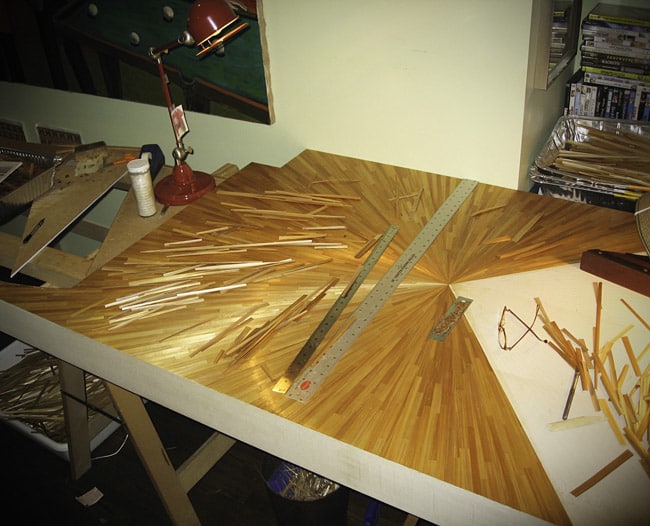 As her technique improved she began more intricate and interesting designs.  With the exposure afforded her by Atelier Viollet, she has had the opportunity to work with architects and decorators. 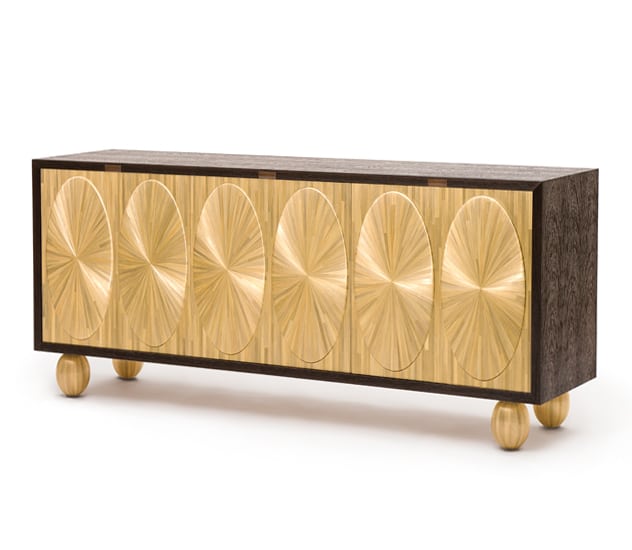 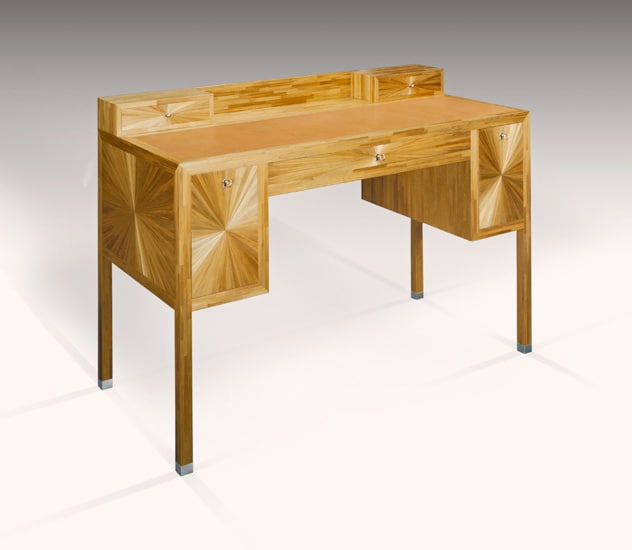 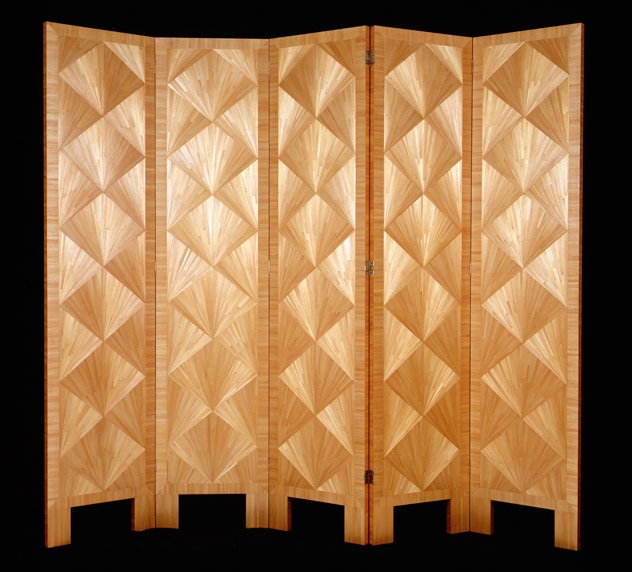 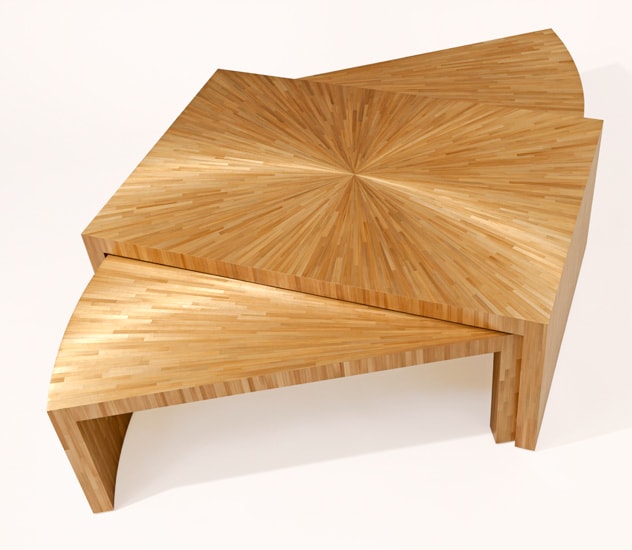 “What fascinates me is that you start with such a simple material and end up with beautiful furniture,” says Sandrine Viollet,   “You can’t use any machines to work the straw – only hand tools – so there’s a connection with the material throughout the process.”

She also began to experiment with color.   Once again by trial and error she learned  to  dye her own straw. 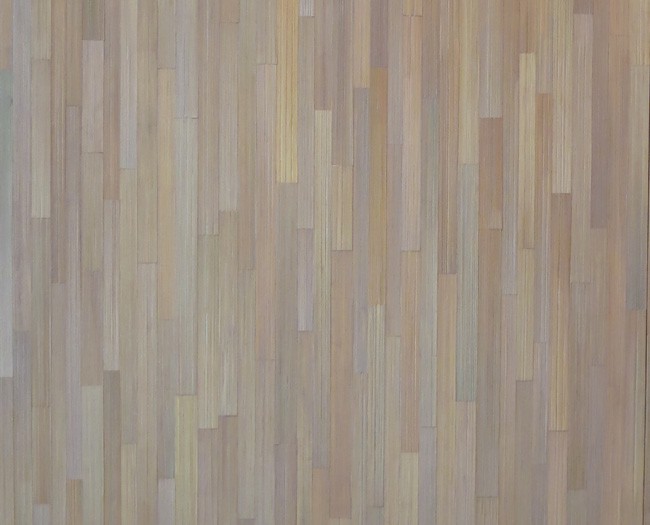 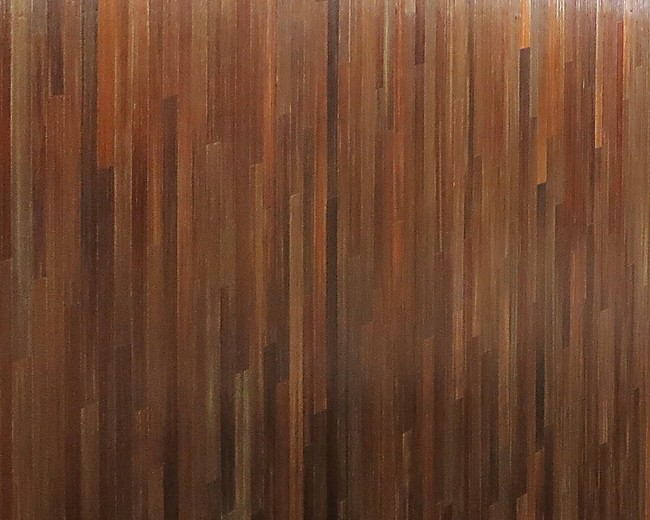 She later branched out and  began wall covering designs. 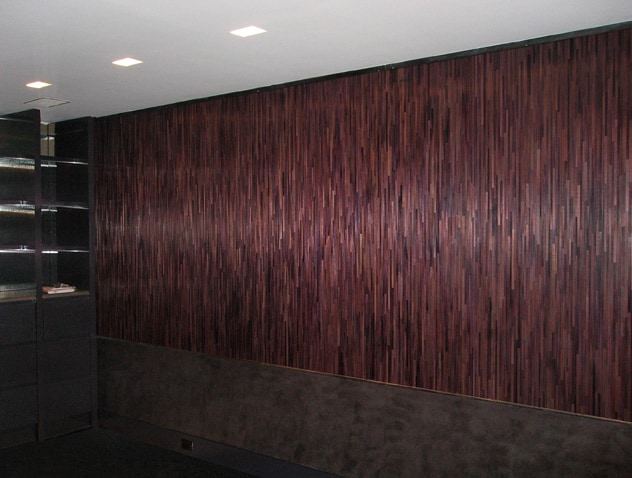 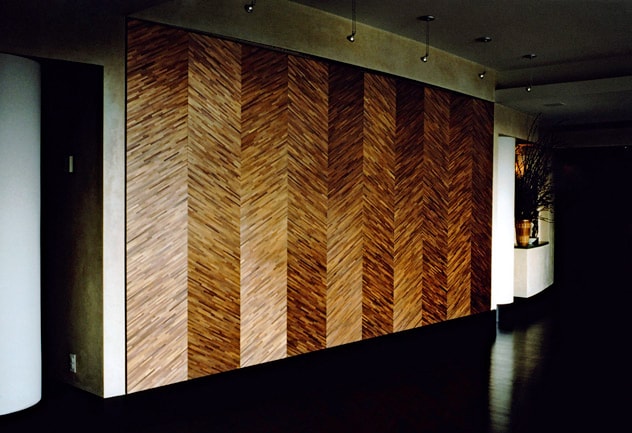 Not limited to colored wall coverings she continues to use color in her straw marquetry work in new expressions. 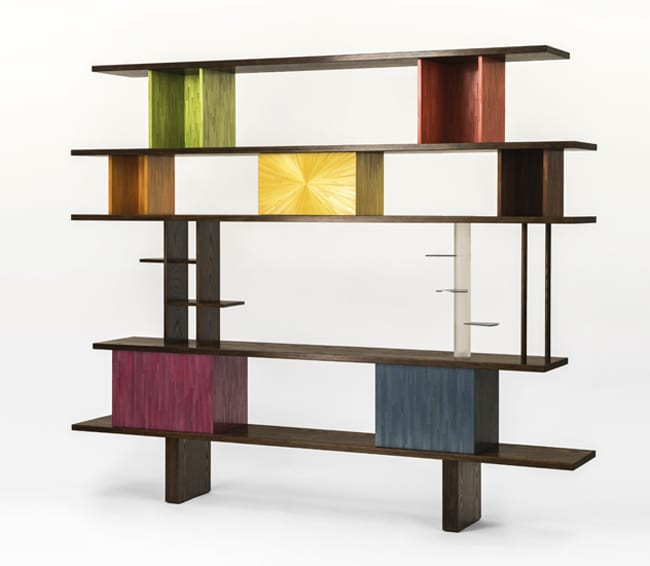 Every three years, France holds a competition to recognize their finest craftspeople chosen from more than 180 trades,  Sandrine learned  straw marquetry would, for the first time, be represented in the French contest “One of the Best Craftsman of France”, and decided to register.   She spent 1,500 hours on 24 wooden blocks  creating 100 custom colors to win.  The Straw Shop is pleased to share her award winning entry.