The Straw Shop happened upon these hanging clear plastic globes with a himmeli or soda hanging inside. The spheres below range in sizes from 2 1/2 inches/ 6cm round to 4 inches /10cm round.

We wanted to meet who made them and met Rasa Družienė from Lithuania.

The Straw Shop is pleased to introduce you to a woman the locals in Krekenava, Lithuania know as a teacher of mathematics.  What many do not realize is that when away from the scholastic environment, Rasa Družienė is an award winning artist in many mediums. She accepted our invitation to become an artist at The Straw Shop and we are happy to introduce her to you.

Born in Lithuania in 1964 she acquaints herself by writing:

“In my childhood, I even dreamed about the Academy of Fine Arts,” says Rasa, “but the opportunity for the village girl was poor. Instead, in 1982 I began my studies at a pedagogical institute in Vilnius.” The Vilnius Pedagogical Institute (MIT) specialization in mathematics.

She not only studied mathematics there but she had the opportunity to take art classes in paper cutting. It’s only natural this would be an art class offered because according to the Lithuanian Folk Art Institute’s article describing Karpiniai (or papercut art),  ” In Lithuania, paper cutting has been practiced as an art since the 16th century, and was especially popular for decorations at weddings and other special events. By the end of the 19th century, it was widely used as decoration for the home. ”

She continues saying; “While living there (in Vilnius) my creative work has been the most productive ever.”

Rasa started to take classes at A. Sapranavičienė paper cutting school and met paper cutting pioneers J. Daniliauskienė and N. Jurėnienė in 1983.  That same year she participated in exhibitions with her paper cuttings. She’s been exhibiting ever since. She joined the “Lithuanian Folk Artists Union” in 1990. Today she participates in various folk art events throughout Lithuania when possible.

Her paper cuttings have appeared in several books and publications noted on the link below.  She has exhibited her works in over 40 national art exhibitions, as well as in private collections, such as the National Museum of Fine Arts.

Here is an example of her paper art.  You may see more examples of here paper cutting here.

to Rasa, “It’s common in Lithuania for paper cutters to make sodas and vice versa.”   Rasa comes from an artistic family so it is not surprising she was drawn to art. Although now recognized as an award winning artist at Karpinia (or papercut art), in 1987 she found herself drawn to a new artistic challenge: traditional Lithuanian straw art called šiaudinis sodas or just sodas, ( šiaudinis means straw and sodas means garden).  “Sodas (known as Himmeli in other countries) are very much a part of Lithuanian culture”.

She remembers her grandmother and others making sodas, however she never learned the technique.  Rasa was determined to learn how to create the straw garden and no one around her knew how to make them any more. She learned the basics in any books she could find and began the process of sodas beginning with the selection of straw before ultimately designing her own gardens (sodas).  From Krekenavos Regional Park Directorate, an article about Rasa Družienė appeared in April 2016, in which she describes her transition into straw art.   “I tried making it myself. The first ones were small Christmas tree decorations. Later I created my first large traditional garden for an exhibition that was appreciated by art historians.”  That “later” was a 10 year self taught journey.

Her first straw art exhibition was held in 1997. Her large sodas are intricate examples of geometric designs in natural straw.  One soda is in the National Museum of Fine Arts Collection.

In Lithuania traditionally straw artists don’t use dyes to color their straws, with the occasional exception of baking soda dissolved with water to make a golden color.

Her geometric designs are mesmerizing.   Rasa selects her own straws for her work. She is quite particular about the fineness of the straw she will use.  She grows the rye used in her miniature sodas but finds it a constant challenge to locate additional suitable material due to machinery cultivation, pesticides ,and genetically modified seeds. Depending on what straw is available to her, her work is a combination of wheat for wall hangings and home grown rye straw for the sodas. Her preference is rye as wheat is softer in structure. Her straw work did not go unnoticed. One year later, In 1998, Rasa was no longer teaching only mathematics classes as her expertise with traditional sodas became more known. Under the direction of the Folk Team, she was asked to additionally teach an art class to pass the information of making a soda down to new generations.  She still teaches  pupils to cut and tie straw gardens, and make natural materials to decorate various things for the house.


According to Rasa,”It’s a pleasure to experiment with the straw, so it’s not only the gardens, but also the smaller ones.”

The Straw Shop is pleased to share images of a few of her creations in the gallery below:


“Now, creating “sodas”, I try to preserve Lithuanian traditions while bringing modern aspects to the art. This way the idea was born to create a miniature straw “sodas” in a bubble that would be easy  to preserve, gift or post to any part of the world.”  The Straw Shop has the largest collection of Rasa’s work in North America.  If you would like to contact Rasa, she invites you to her Facebook page: https://www.facebook.com/rasossodai/ 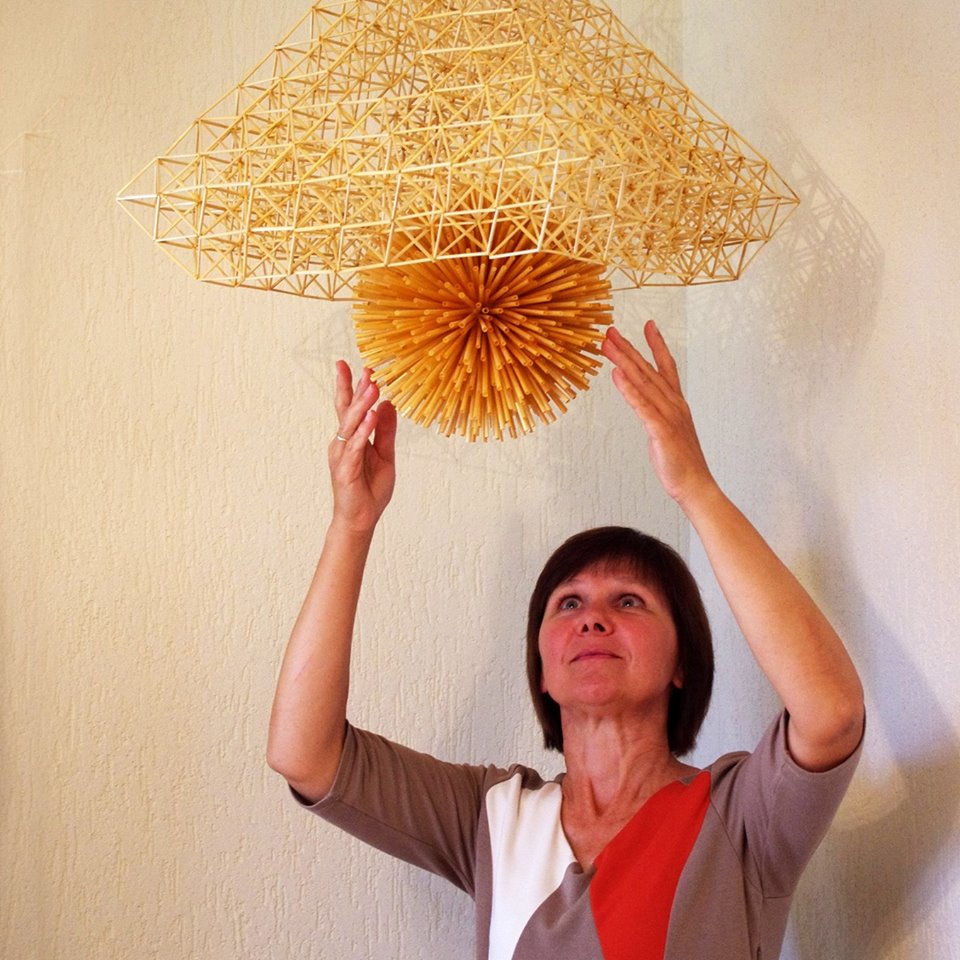