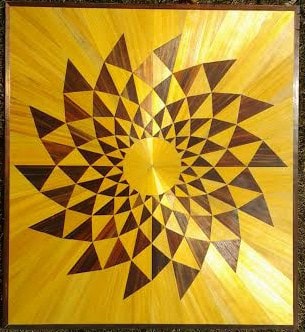 The Straw Shop is please to introduce you to Nadja Tromivic.  Originally from France she now resides in Switzerland.

Here is Nadja’s straw story in her own words:

“I was watching TV and I saw a report on straw marquetry with Lison De Caunes and she showed some of the pieces made or straw marquetry as well as telling some history about the technique.  And the pieces she showed were so nice, the light reflection was so peculiar that I got totally fascinated by the art already from the TV Show.

I may say, I fell in love with this art on the spot.

And I decided that this was what I wanted to do. I informed myself about the technique and tried it.  At the beginning this was hard, because in addition to colour, one had to think about the light reflection. But the effects were so great that when the picture was finished I was myself totally fascinated. The light reflection makes the picture live on its own. 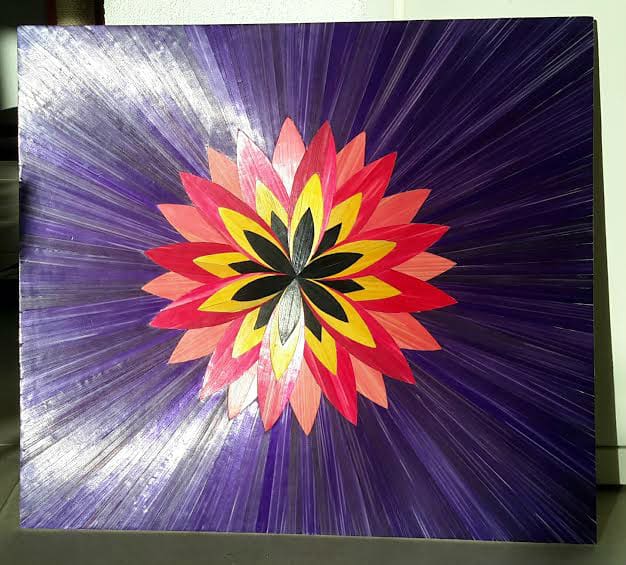 I did a little training with Mathieu Espagnet within the atelier of Lison de Caunes to learn about the do’s and dont’s and since then I do straw marquetry.”  Those trainings were done only a few years ago so it is exciting to The Straw Shop to meet this new artist!  Nadja demonstrates her ability in traditional patterns found in straw work and beyond. 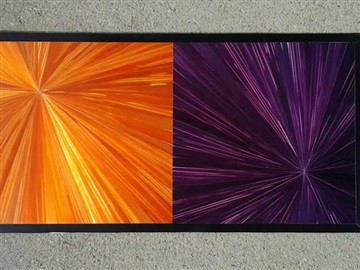 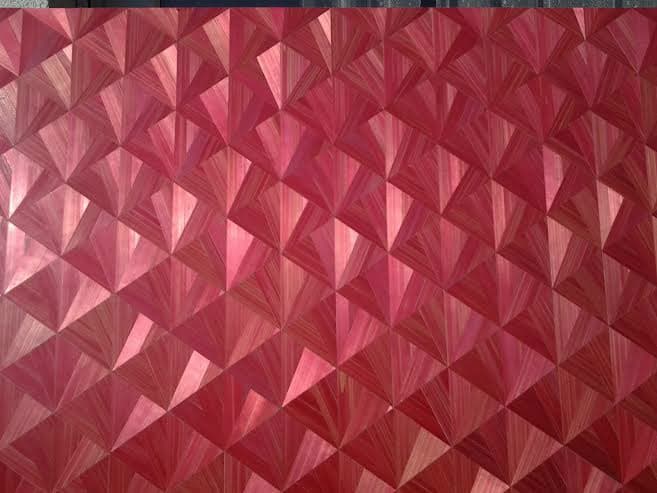 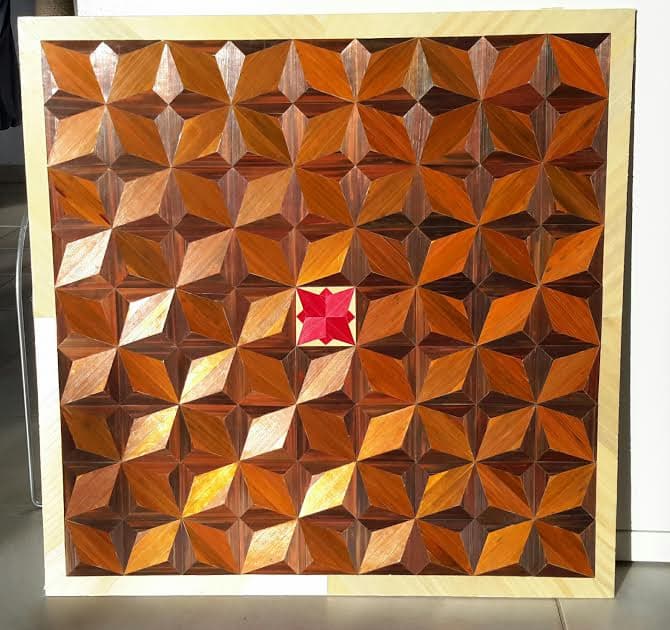 Although she finds herself short on time to create as often as she would prefer, she is hoping to offer a local exhibition of her work in the near future  so others might get excited about this medium too.

The Straw Shop hopes to bring additional information to you about her exhibition. 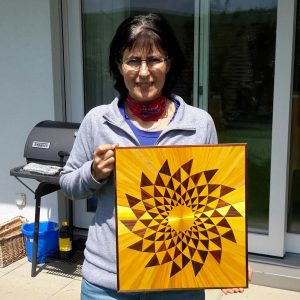 Nadja forwarded this work in progress; 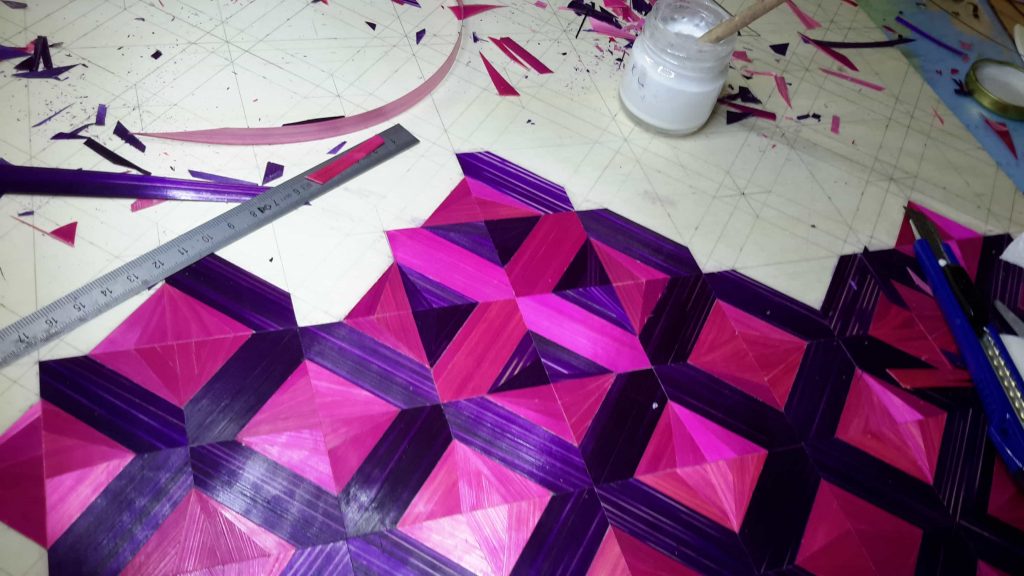 In addition she creates images in unusual shapes and depictions. 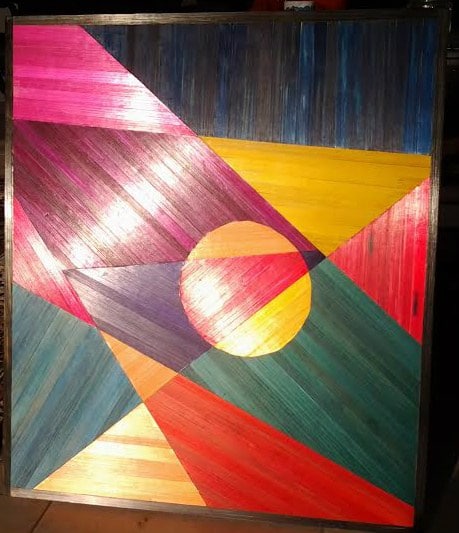 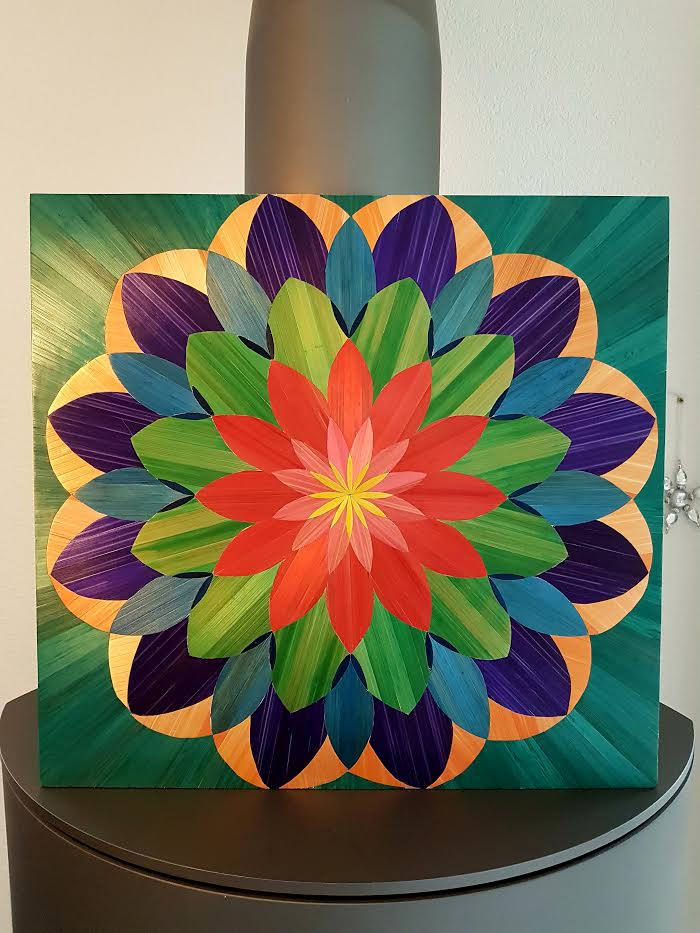 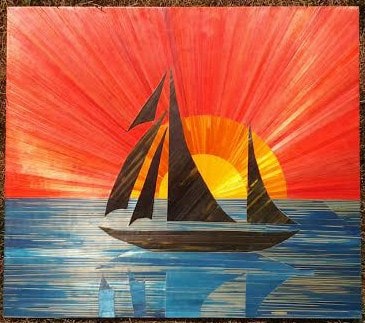 The Straw Shop urges you to support Nadja and visit her website.