American artist Elda  Heidemann, may have begun her art career  as a respected oil painter but she unknowingly, found herself to be an early pioneer of straw art in the United States.

Elda grew up in a florist environment as a child in Denver, Colorado.  When she got married she moved to a wheat  farm in Nebraska to raise her  family.   She flourished as a respected oil painter.   Her subject matter was  floral arrangements, which were inspired by the flowers she grew.

It was 1989 when she discovered a straw art community in Kansas using wheat as the  medium .  As a new art form to her, she was immediately intrigued and attracted to straw art.  She was later recognized by that community  for her complex wheat weaving pieces. 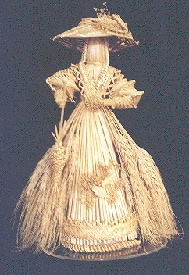 A corn doll by Elda Heidemann

Early in her straw art career,  Elda discovered a passion for all things made of straw and a passion for applique and found herself a new artistic niche. She learned and experimented all she could.  She was one of the first Americans to dye her own wheat straws. As a result, her years of training as a painter enabled her to create color palettes in straw like none other.  She had a  business called “This and That” specializing in straw marquetry pictures.   Elda sculpted  straw art  in a way unlike straw artists in America were doing at that time.  The following images display her  masterful execution of a variety of straw art techniques.  She  gave her  flattened straw pieces a dimensionality, which simply was not done by anyone else in the United States at that time.  Even today, The  Straw Shop is unaware of a comparable American artist. 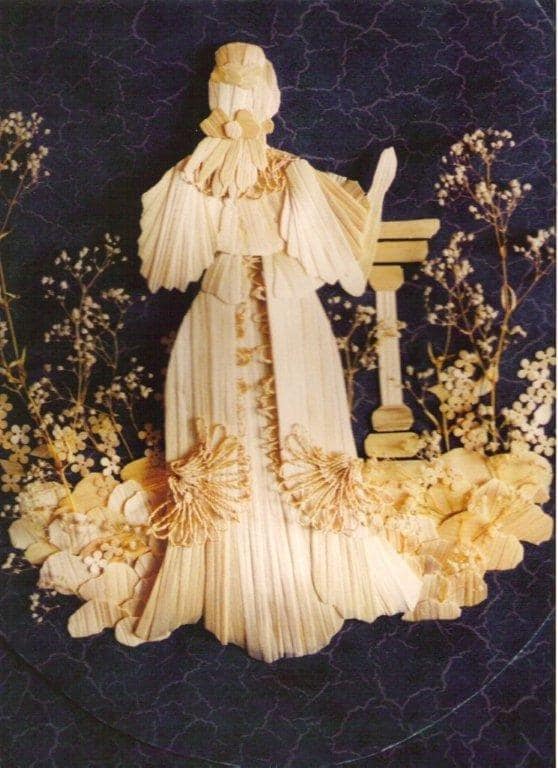 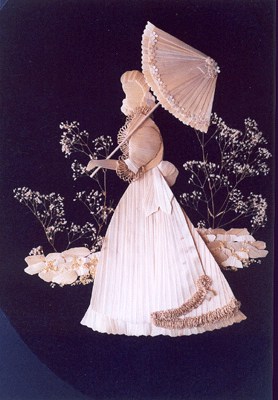 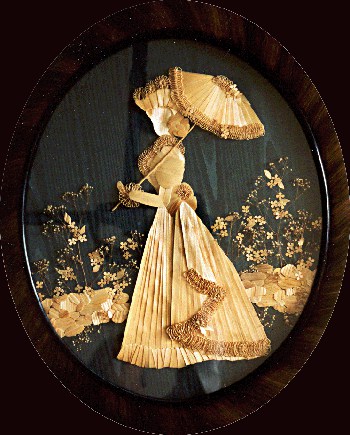 As a  life long artist, color  was always important  to Elda, as was her  appreciation of flowers, which interestingly brought her passion full circle when she began producing her  floral bouquets again, trading oil paint with dyed wheat straw. 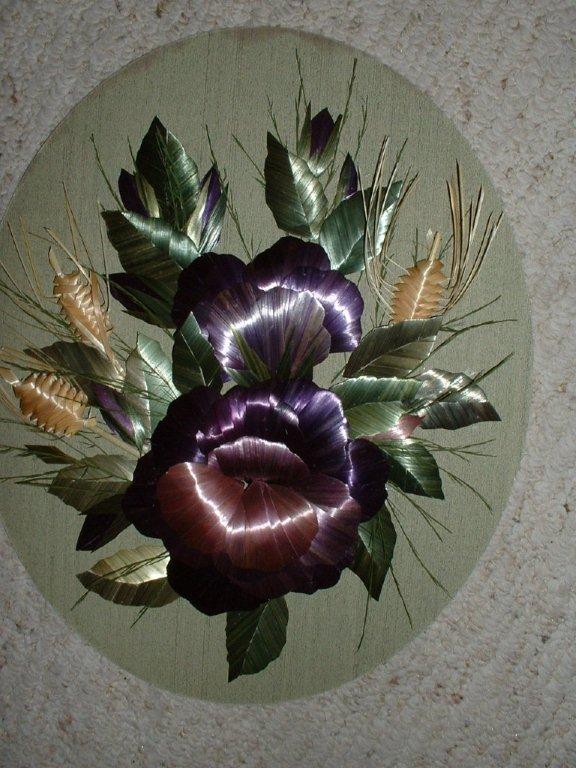 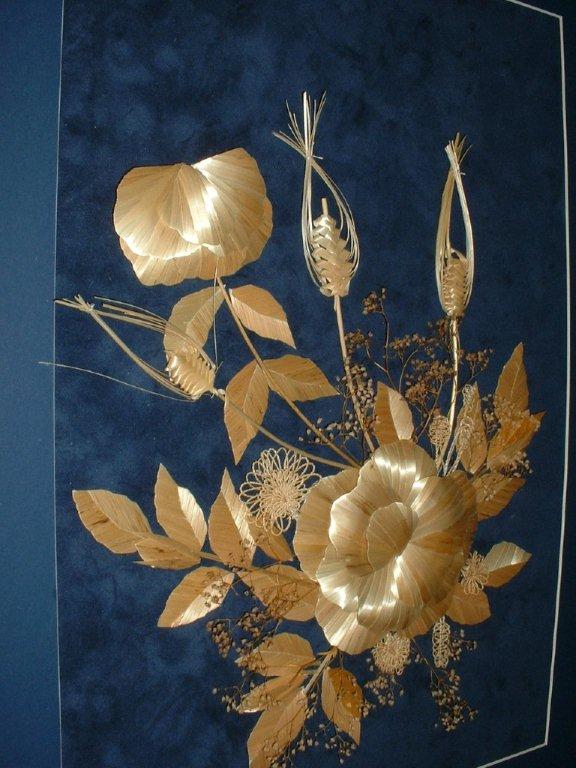 Straw Marquetry Plus by Elda Heidemann 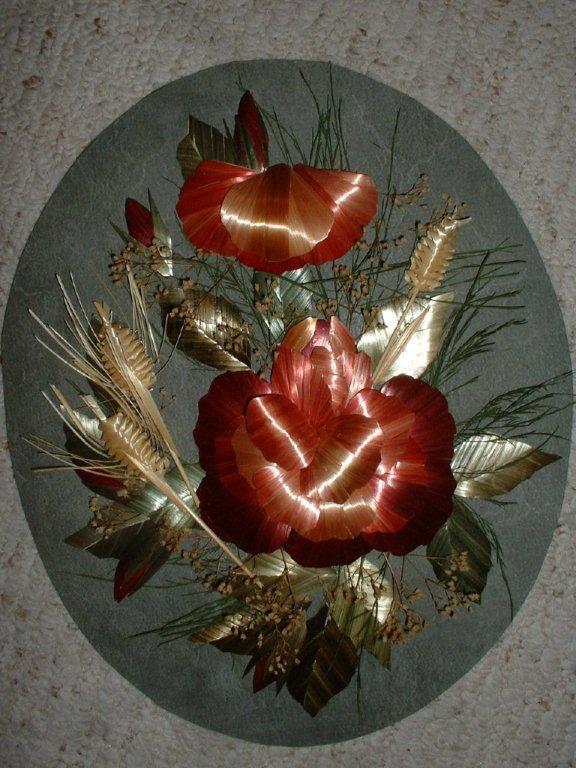 Not limited to floral designs, we are pleased to show yet another example that  reflects her color mastery. 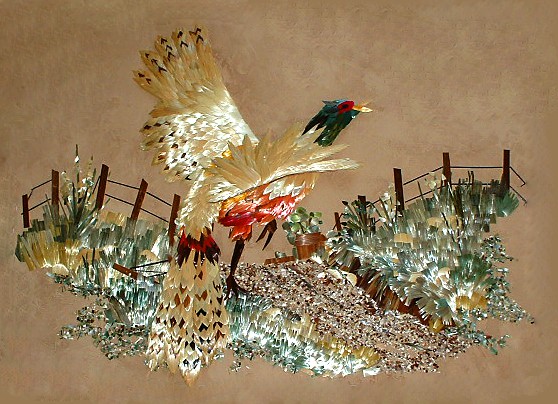 Elda’s passion for straw over the years has not diminished.  Retired from actively producing art, she remains involved with the National Association of Wheat Weavers, the Kansas  Association of Straw Artists and the California Straw Arts Guild.    The Straw Shop appreciates the contributions Elda has made to American straw art as well as donations made to The Straw Shop Straw Collection.