La Fayette and the Jewel of Straw 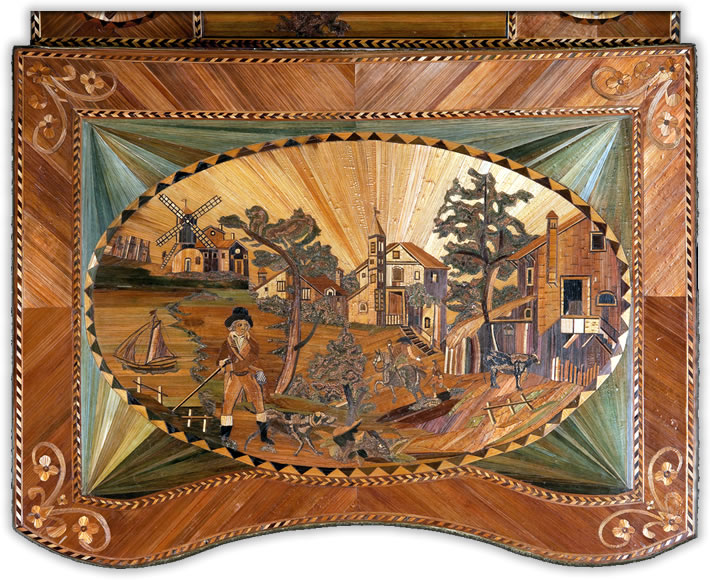 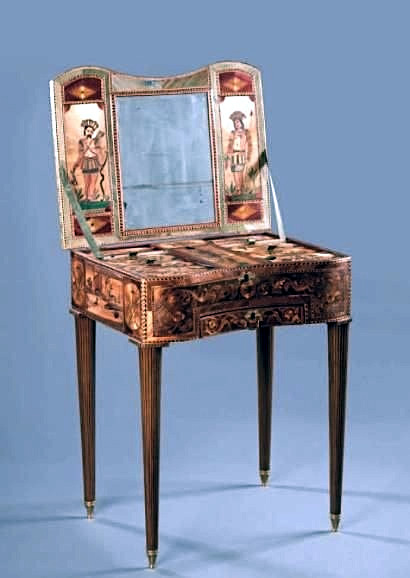 Referred to as a powder table due to the believed modification of it’s original size, The Straw Shop is pleased to share this very rare table known as ” Powder La Fayette”, circa 1790. The table is thought to be 1 of a suite owned by the La Fayette family.

Not only is this table a splendid example of straw marquetry, but it is of historical significance as well. 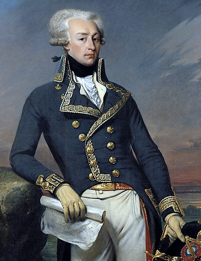 According to “How France Helped Win the American Revolution” author Bob Zeller, he imparts:

“In France, the American fight for liberty struck a particular chord with aristocrat Gilbert du Motier, Marquis de Lafayette, who paid his way to America in 1777 to fight with distinction for the Continental Army, ultimately becoming a major general in Washington’s command.”

Continuing the story of Lafayette , Historic Valley Forge, presents an article, “The Marquis de Lafayette”, that states: ‘He landed near Charleston, South Carolina, June 13, 1777, then travelled to Philadelphia, where he was commissioned a Major General on July 31. This reflected his wealth and noble social station, rather than years of battlefield experience — he was only 19 years old. The newly commissioned young general was soon introduced to his commander-in-chief, General George Washington, who would become a lifelong friend.”

In 1824, President James Monroe invited Lafayette to the United States as the “nation’s guest”; during the trip, he visited all twenty-four states. For his contributions to the American Revolution, many cities and monuments throughout the United States bear his name.

The Straw Shop located a video of this table here.

The subject matter depicted on the table is one of mystery and conjecture. Some of the pictures are thought to depict childhood scenes from Lafayette’s life in Chavaniac. Other scenes are attributed to his departure to America, the Iroquois chief sporting a moustache and beard is thought to be Lafleur, a soldier that became the chief of one of the six Iroquois nations, and Kayewla, another Indian Chief and friend, his military and family memories and symbols of Freemasonry.

A structural description is as follows: The table, which has been expertly restored by Straw Marquetry Master Lison De Caunes, is 31.8 inches high, 19.8 inches deep and 26 inches in length. It has a curved front table top, which opens to reveal a mirror and 10 compartments above a decorative drawer.

Can you imagine a suite of this furniture, based on the one piece shown here?

Below are details from the table.