In early 1984, Jimmy Trujillo was introduced to and became very interested in the New Mexico Spanish Colonial art form of encrusted straw. 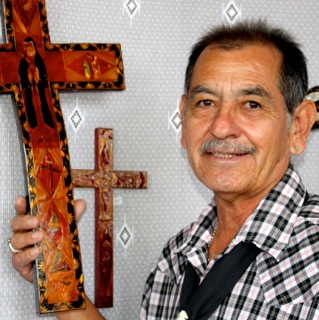 Straw artist Jimmy Trujillo has done extensive research on the subject of straw marquetry history. He believes that the practice of this art in New Mexico (NM) predates the Pueblo Revolt of 1680. However, no pieces from this period have remained for modern art historians to examine and authenticate. The earliest piece that has been found to date was crafted in the early 1800s. Trujillo believes that many of the designs and motifs on some of the early straw work display Native American influences. Indeed, the area around Santa Ana Pueblo and the area around San Juan Pueblo were historically the principle manufacturing sites for this art.

Three of Jimmy’s crosses grace the permanent collection of the Museum of International Folk Art in Santa Fe, NM: three pieces in the American Museum of Straw Art in Long Beach, CA: two pieces are also found in the permanent collection of the Millicent Rogers Museum in Taos, NM; several crosses, a matraca and a collaboration on a bulto with Charlie Carrillo can be found in the collections of the Museum of Spanish Colonial Arts in Santa Fe, NM. Jimmy’s work can also be found in numerous private collections throughout the world, including The Straw Shop’s Collection. 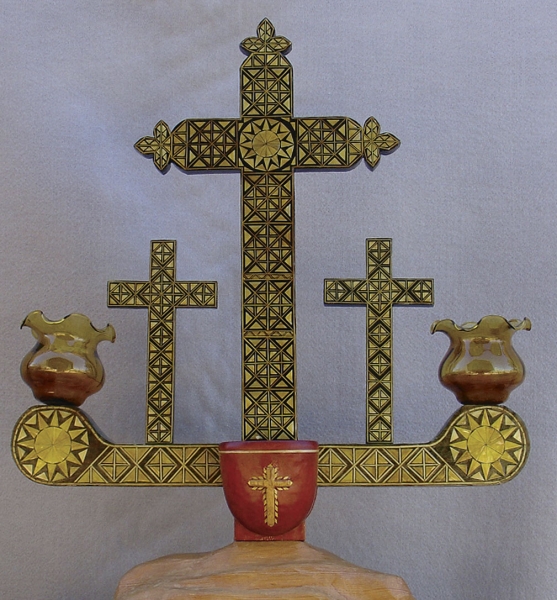 In the famed Spanish Market held in Santa Fe, NM Jimmy added to his impressive collection of awards by receiving  the  2012 Design Award to help an artist of exceptional vision advance their technical ability in straw applique.

He also received the 2013 Master’s Award For Lifetime Achievement awarded by the Spanish Colonial Arts Society for his service to the community, his contribution to the art form and excellence in artistry.

Jimmy passed away in 2022.  He was a good straw friend and will be forever missed. 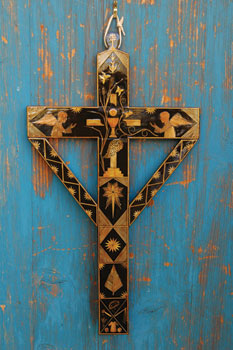 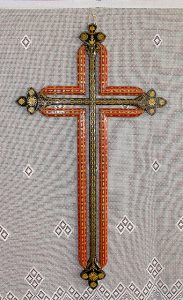