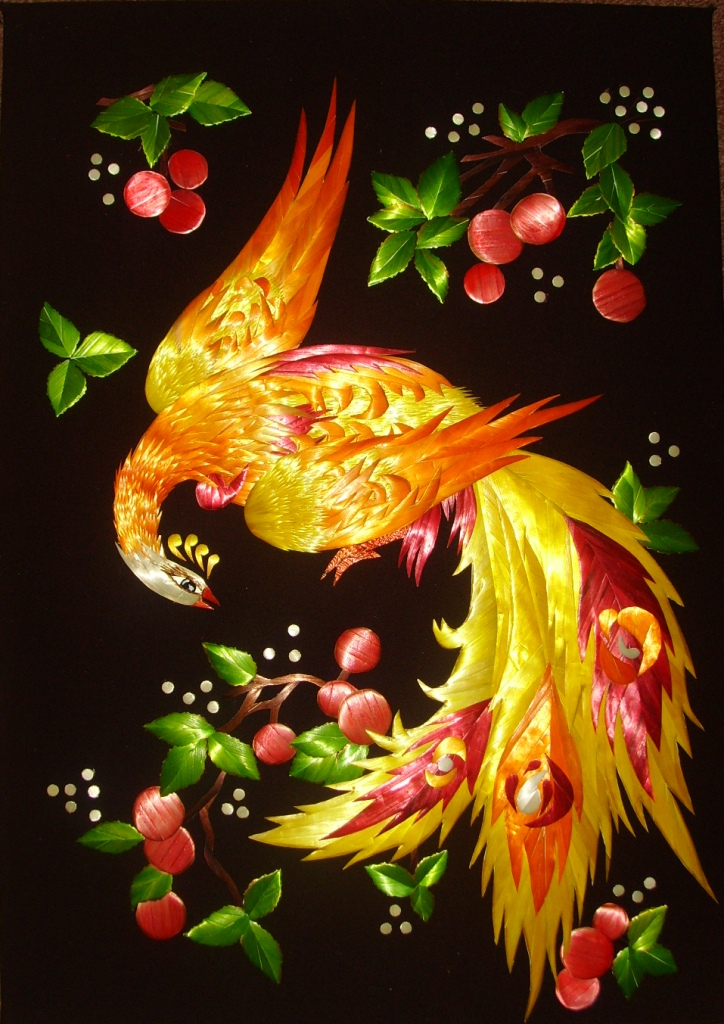 She was born and raised in Uzbekistan, Tashkent suburb.   It was there she was inspired to learn straw art after seeing a straw souvenir brought to her classroom by her teacher when she was 11.

The souvenir was a straw inlaid photo album and the straw work on the cover that caught her eye.  She went home, found some straw in some mattresses and found a picture of a ballerina in an old magazine and began creating.  She was proud of her first attempt, though simplistic.   She had the additional opportunity to learn straw art while in elementary school of what she refers to as straw patchwork.

In addition to what she learned in school also she had the opportunity to study under the guidance of Uzbek Straw Master, Iraida Gryaschenko, who also lived in Tashkent.  Her first works were done with no use of heat, just applique using various cereal plants.  It was Iraida Gryaschenko’s  straw work with color that she sought to replicate.

After the collapse of the Soviet Union her family moved to Syzran, Russia in 1995.  She rediscovered her passion for straw art after her second child was born.  Her reunion with the material coupled with her experiences with straw work 20 years earlier has resulted in some beautiful expressions and her ability to provide for her family.

Irina works with a variety of cereal plants, from wheat, rye, oats and barley, to rice and buckwheat.   Some she plants and some she gathers.  She further prepares all her straw.   She also uses pyrography and dye in her work.

Building on her childhood foundation, her continued journey of experimentation and expression with straw has been praised not only in her hometown but in Moscow and Paris, where she has had the opportunity  to exhibit her work. 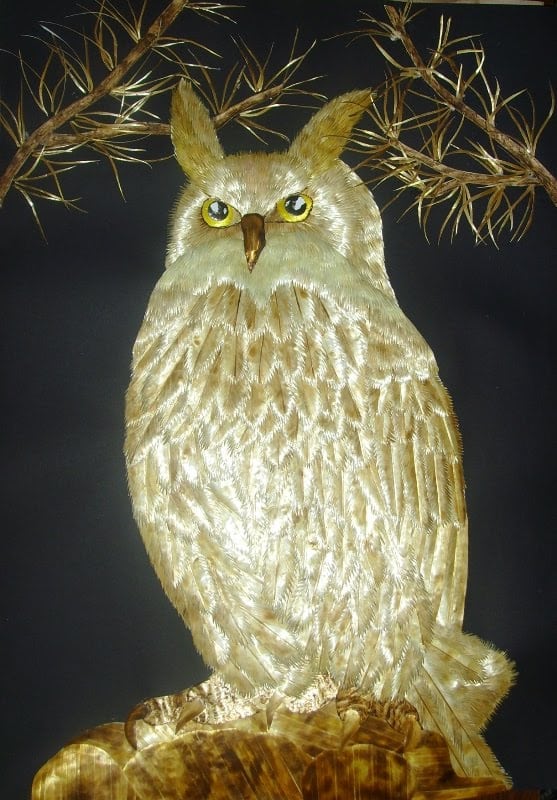 The below image of the ship is a beautiful example of pyrography, use of shadows in construction, coupled with  brightness of natural appliqué styled straw work. 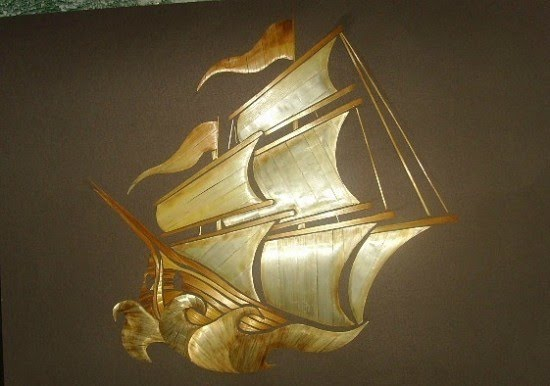 Her subject matter is varied and masterful in their execution. Her pieces, depending on complexity, may take a month  or more to execute. 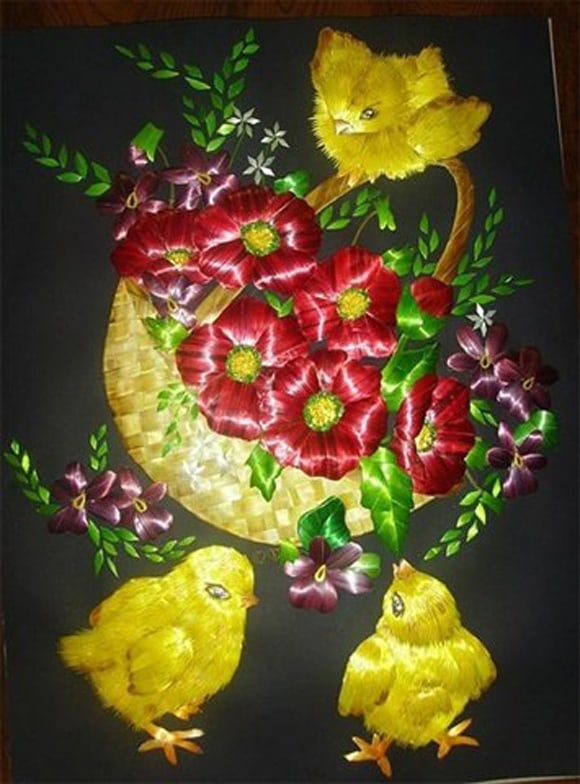 The piece below is another example of her unlimited subject matter presented in straw: 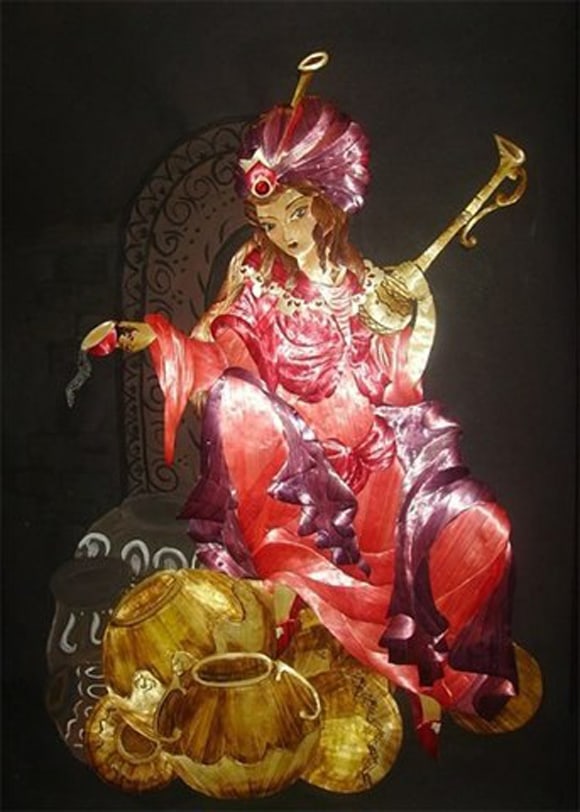 The wing detail in the below image is so effective. The mixture of plants used and pyrography bring dimension to her work as seen below. 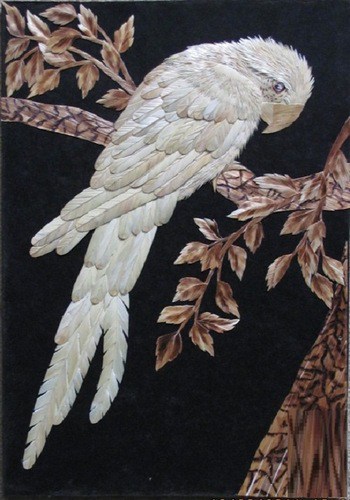 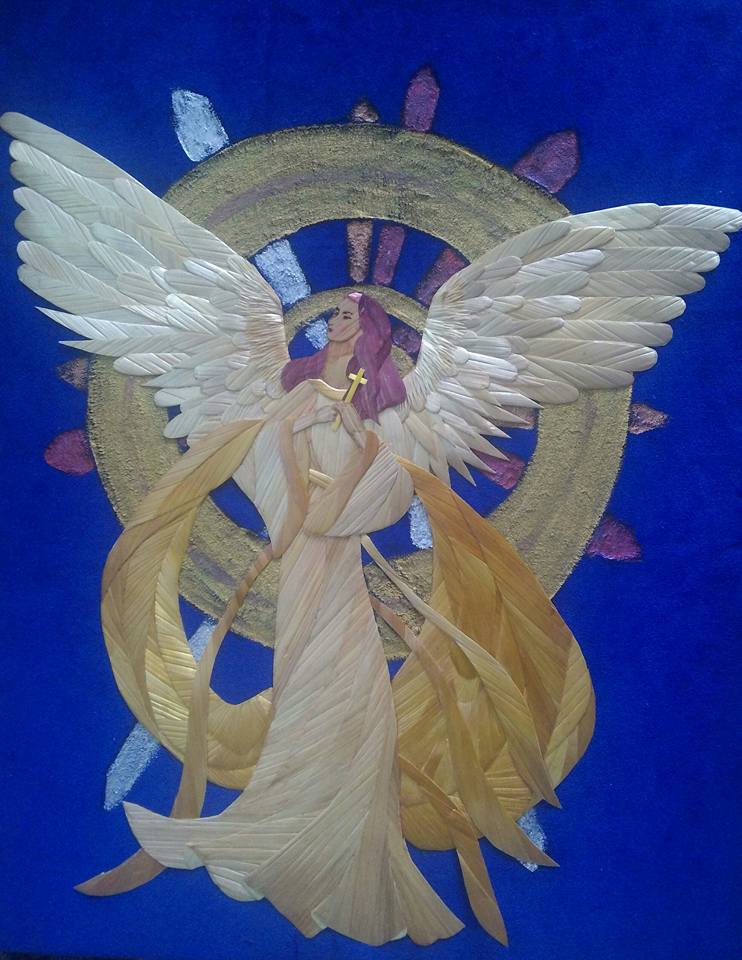 A very creative artist who gratefully is passing her straw knowledge onto children through classes.   We  encourage you to seek out her additional work.   She would like to learn wheat weaving next.   According to Irina, “At the moment just can not imagine life without straw creativity”.