The Straw Shop is pleased to introduce straw marquetarian,  Arthur Seigneur from Australia. 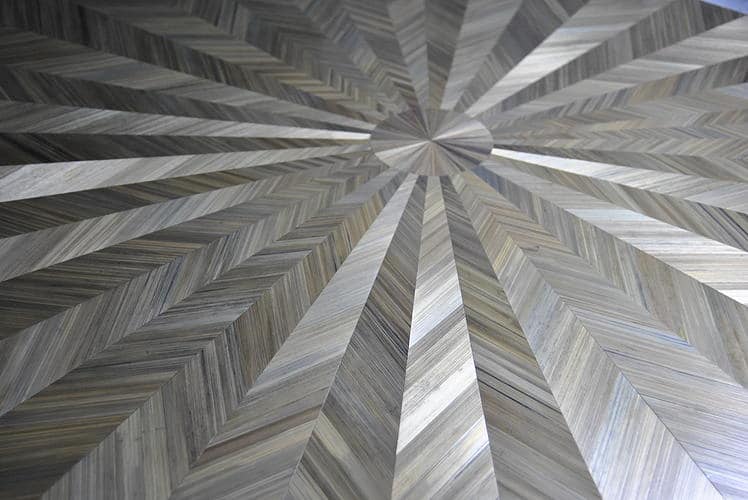 Originally from Paris, Arthur is a recognized wood worker. Having earned an award for “The Best Craftsmen Apprentice” in France in his teenage years, he continued his studies into his twenties with woodwork in France. He then apprenticed in New Orleans under the guidance of Heinz Gautschi.

In 2014 he returned to France and sought instruction from world famous straw marquetarian Lison de Caunes.  After perfecting his skills, he left France for Australia in 2015 to create his own line of designed furniture utilizing straw marquetry.

What makes this artist so exciting is his approach to straw marquetry and understanding of color.  His Vortex table, motivated by the slant of the legs inspired the optical illusion he created so effectively in straw on the surface of the table. 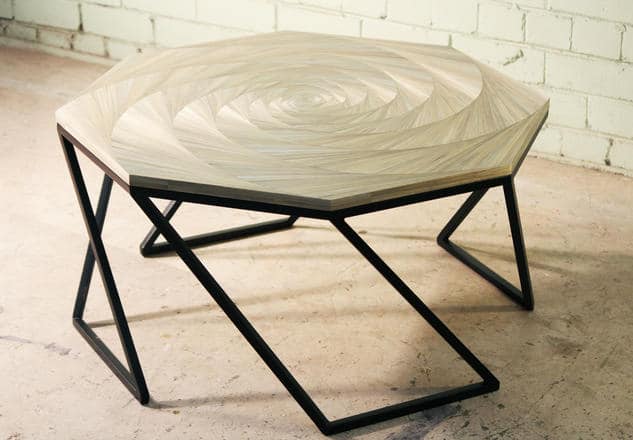 Here is a view from the table’s top: 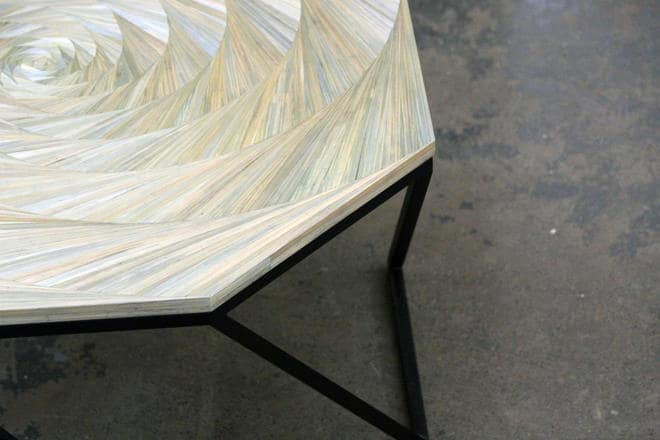 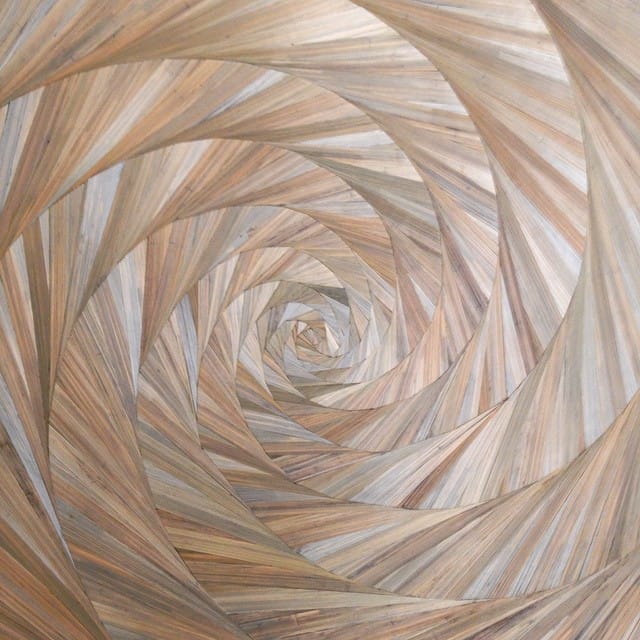 Detail of the table top Vortex. The table was selected for the The Clarence Prize for Excellence in Furniture Design in Tasmania. 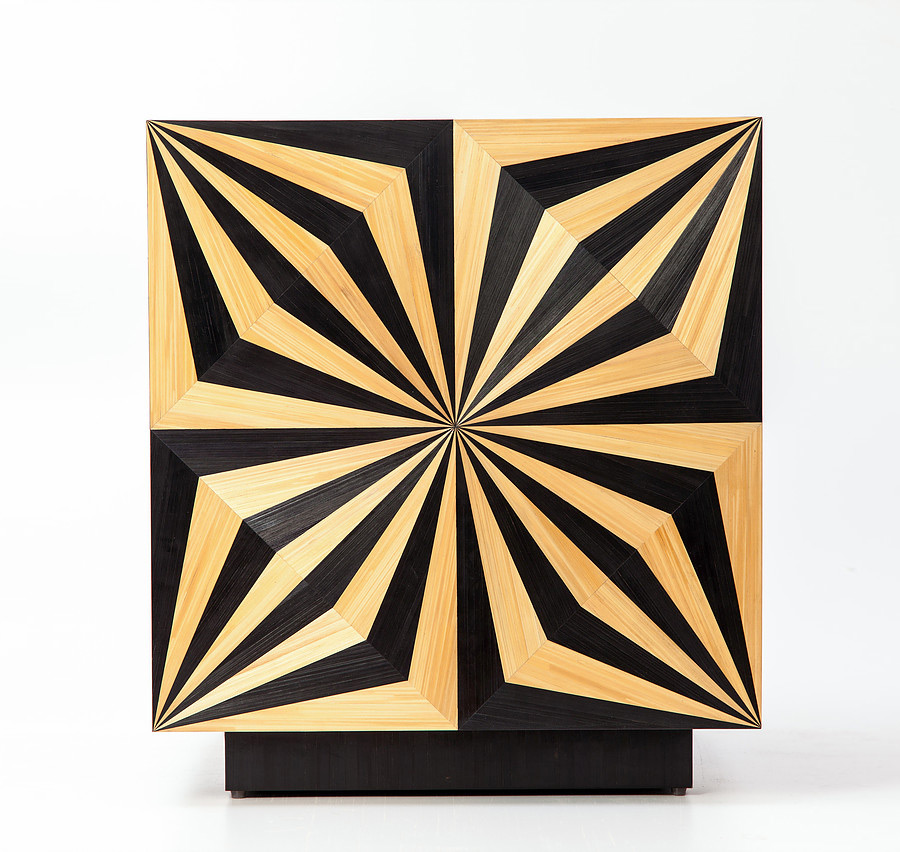 This beautiful door is another example of his work. 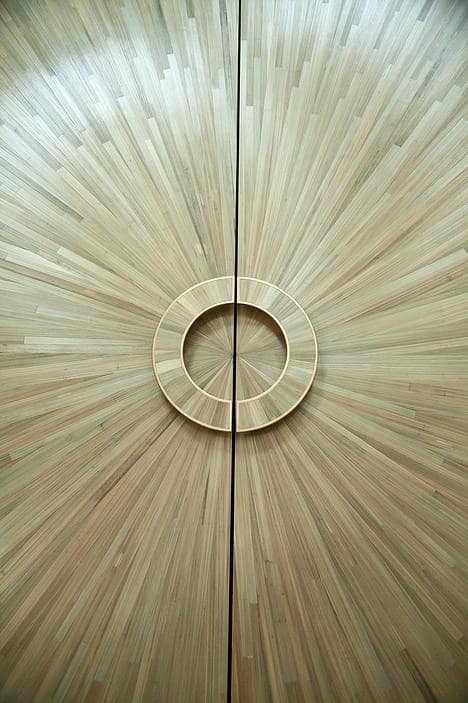 Take a look at the details of the handle. The combination of brass and straw is curiously balanced.

The various geometric designs he incorporates makes his work shine. 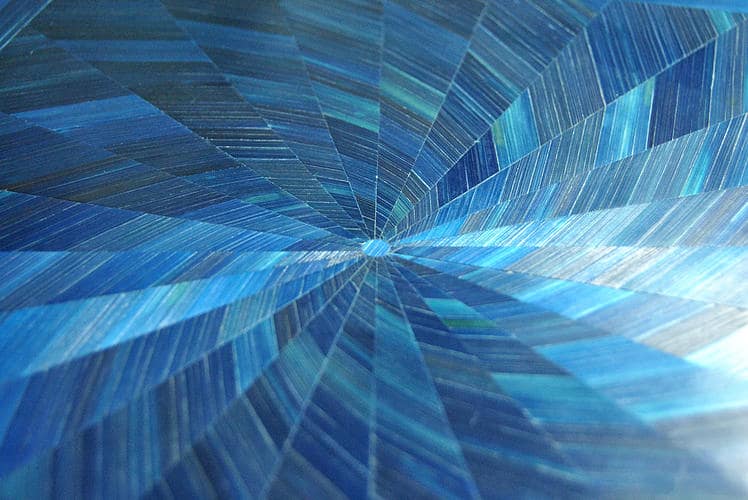 Wonderful use of the colors of rye straw. 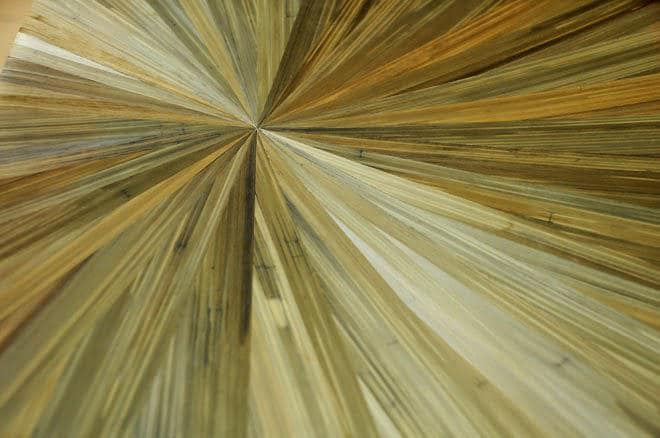 The following chair was done by Arthur in collaboration with designer Adam Goodrum and illustrator Adam Delpozzo for the Chairity project 2015 for Cult Design. A reinterpretation of the famous Series 7 chair designed by Arne Jacobsen and manufactured at Fritz Hansen. Drawing inspired by Malika Favre. 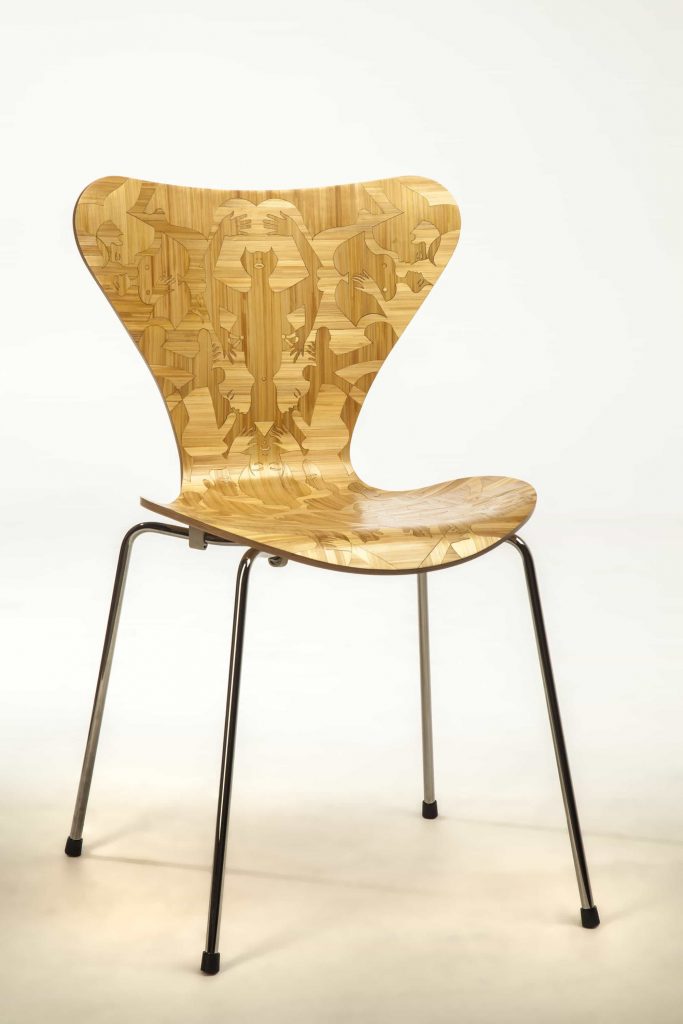 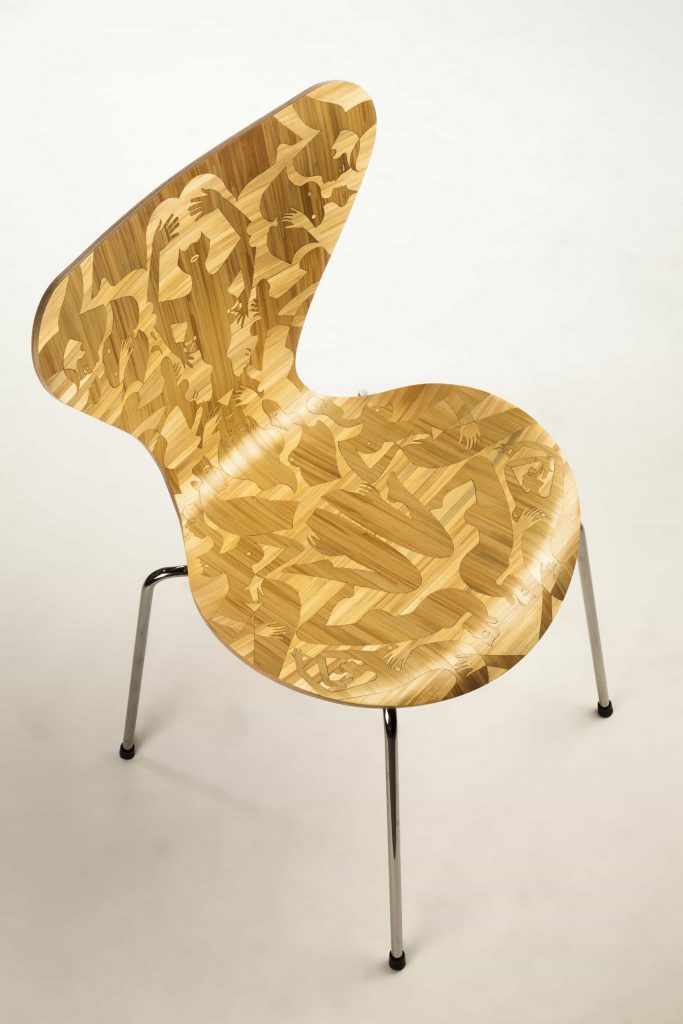 The optical illusions he creates are art. 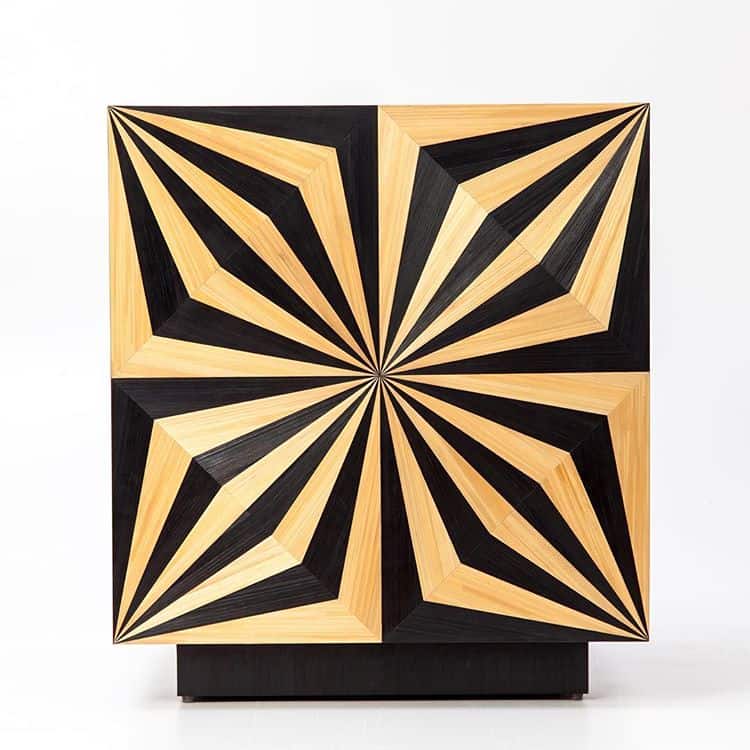 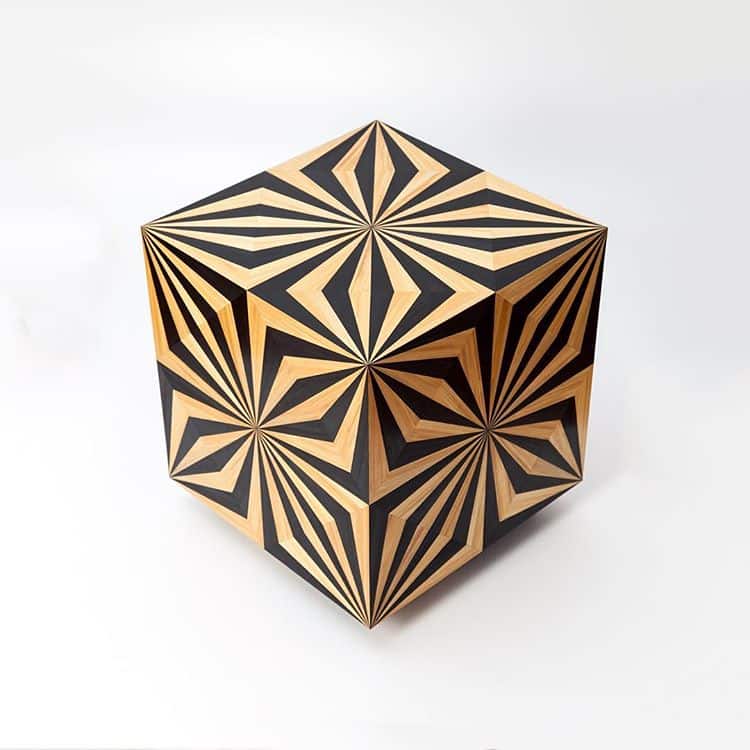 The following end table is yet another of his creations. 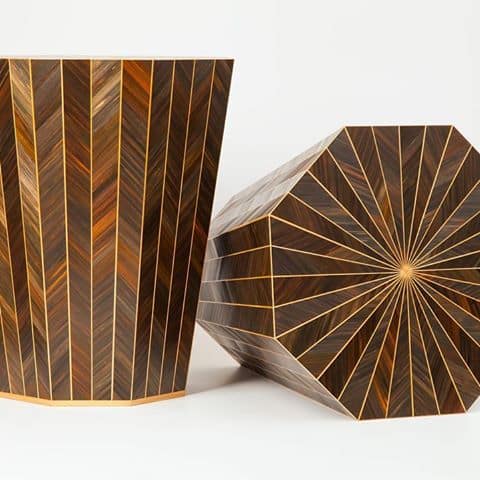 A detailed image of this table is shown here: 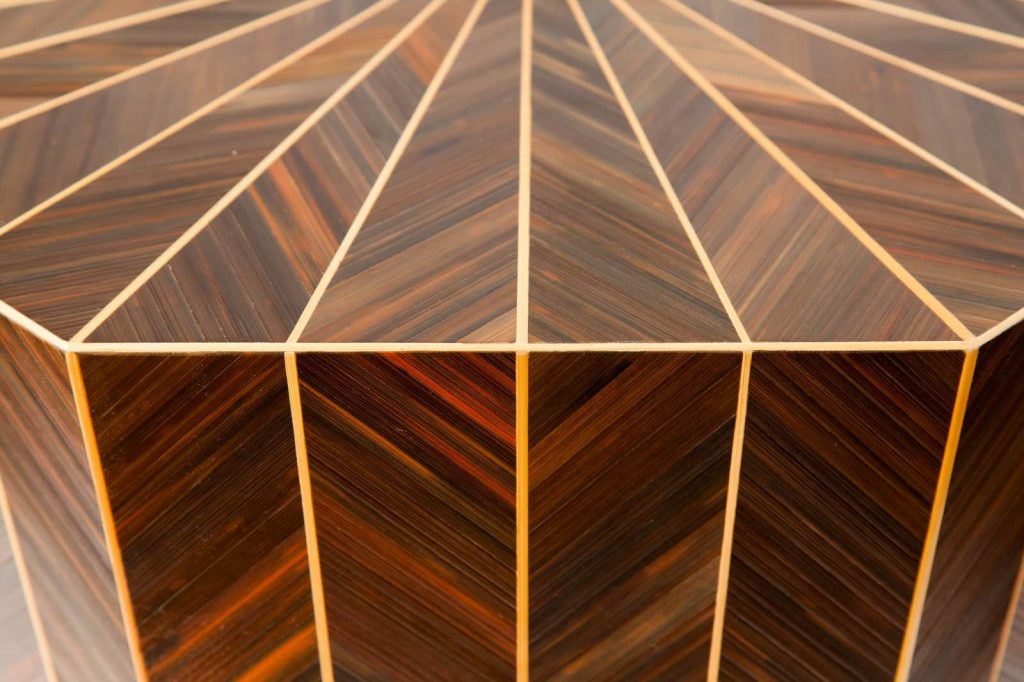 The Straw Shop is pleased to have introduced Arthur to you.  We look forward to Arthur Seigneur and his designs in the coming years.  He may be contacted here. 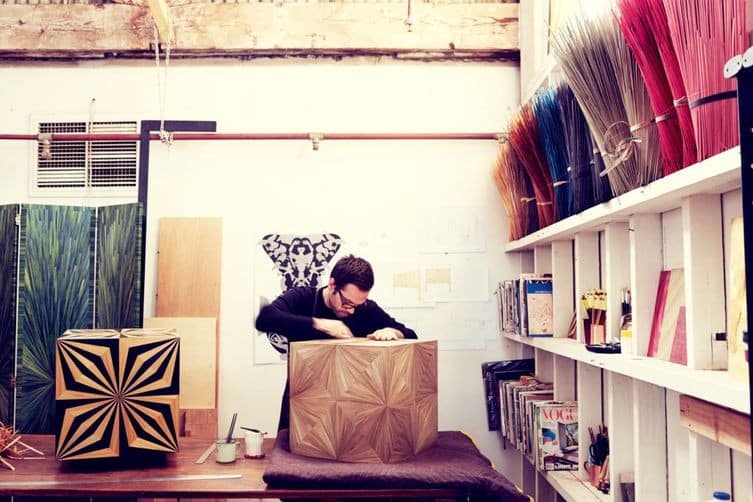